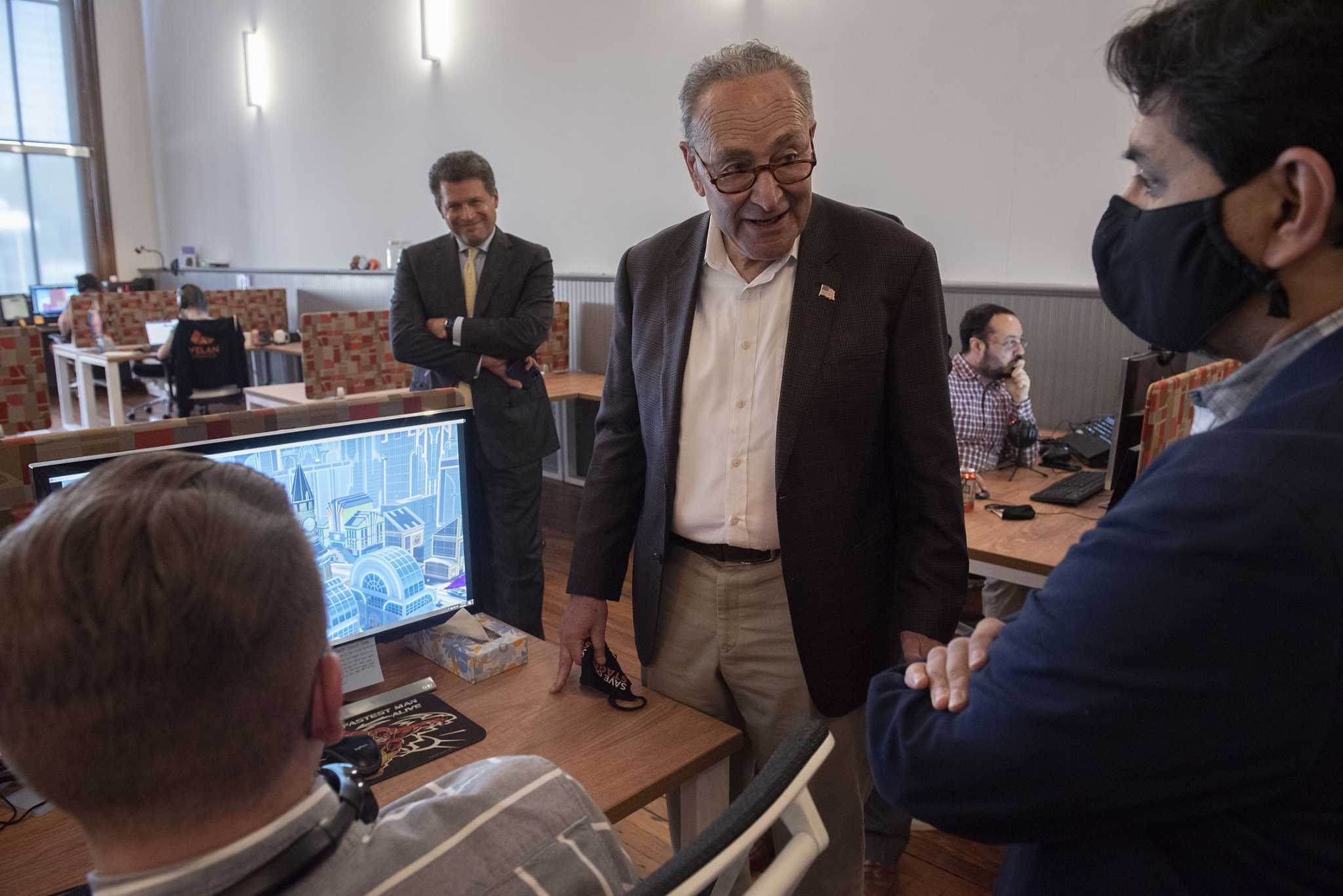 The Game On Accelerator, as the center is called, will give video game companies and emerging programmers a place to hang their hats and the support they need to market their games. The consortium behind the effort requested a grant of $ 750,000 from the Federal Economic Development Administration.

“I fully support their candidacy,” Schumer said at a press conference he held at the Third Street offices of Velan Studios, a video game company with 100 employees. “They are the backbone of making the Capital Region one of the game development capitals of the world.”

Velan was established in 2016 by brothers Bala, Karthik and Guha, who started the region’s most successful video game company, Vicarious Visions, in the 1990s.

Vicarious Visions worked on some of the most iconic games of all time, such as Guitar Hero and skateboarding games Tony Hawk, before being acquired by video game giant Activision in 2005.

After completing their work for Activision, the Bala brothers created Velan Studios as well as a venture capital firm called Velan Ventures which invested in the Capital Region video game cluster based in downtown Troy, where Vicarious Visions debuted when Karthik was a student. at the Rensselaer Polytechnic Institute in Troy.

The latest release from Velan Studios is called Knockout City, a Fortnite-like dodgeball game that launched May 21 on most game consoles. The company’s first release was Mario Kart Live Home Circuit for Nintendo’s Switch.

The planned video game center for Troy, known as the Game On Accelerator, was designed by the Center for Economic Growth and the Rensselaer County Industrial Development Agency. Velan Studios and RPI were also involved in its creation. Rensselaer County Director Steve McLaughlin also supported the project.

Rensselaer County IDA Executive Director Bob Pasinella said the accelerator, which has attracted interest from developers across the country, will initially be located in the Quackenbush building on Third Street.

The local video game cluster employs around 500 people in 24 companies. The Game On accelerator is expected to create 350 new jobs, although Schumer and others said on Tuesday that thousands of jobs would be created in the long term.

New York State has also helped fund the Capital Region’s video game industry, after promising Velan a $ 200,000 grant in 2018 to expand its offices in Troy.